The financial markets have grown by leaps and bounds and the main reason for this type of growth can be accredited to the exchanges that have facilitated the growth of the stock market and other markets as well.

New York Stock Market is one of those markets that has really vindicated the meaning of success; you can trade a lot of assets from that exchange which includes all the major listed company stocks to the ones that are lowly priced, so there is something for everyone in the New York Stock Market.

For all those who do not know the New York Stock Market is also known as the big board, so if you are around 11 Wall Street, Lower Manhattan in New York City and someone asks you where the big board does not get surprised.

This exchange is the biggest in the world in the sense of capitalization not the size of the building or anything; the New York Stock Market is sized at $19.3 Trillion as of June 2016, that can only be possible if you have major volume going through your exchange and that is one of the things that New York Stock Market prides itself on; they push up to $169 Billion every single day.

This number can only be achieved if you have proven to your clients that you are reliable and dependable and secure in all of your services.

Like every other successful business, the New York Stock Market has structures that make it one of the most desirable businesses in the world.

The Intercontinental Exchange has several other exchanges in America listed ad they are the reason behind the exponential growth of the exchange. 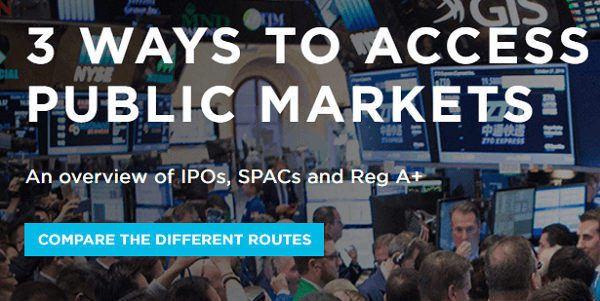 Before New York Stock Market was acquired by ICE they were part of the NYSE Euronext (NYX) which was formed in 2007, and each of these is now part of ICE, and they operate independently as divisions in the holding company.

The building where the New York Stock Market is located was quite symbolic it was included into the National Historic Landmark list of infrastructure, so apart from being a place of business it is also a tourist attraction that many people from within the United States and from other countries go to see on their visits to the states.

How Trading Takes Place in the New York Stock Market?

As every market in the world works there are buyers and sellers, and in many cases, there is the mediator or the middle man who makes the price for each stock in the market.

This person is called the specialist in the exchange, he or she is the one who makes the price and offers it to the buyers or sellers of the stocks in question.

These specialists play an important role during the open outcry session when the shares are auctioned, they make the market and take some of the risks when buyers and sellers are not willing to get involved this helps the market to keep on moving, and this is what creates volume through the floor.

As from 1995, the trading moved from open outcry to HHC which is electronic, and this further helped the markets gain some proper levels of volatility induced by the volume spike.

2007 was the year the NYSE traded in an electronic hybrid environment, and this was major because of the inclusion of high frequency trading systems that have optimized and improved volume within the market and they have made the market a better environment with proper levels of volatility.

The New York Stock Market has a designated number of hours it is open for every single day; the markets open at 9:30 AM to 4 PM Eastern Time, so for anyone out there who wishes to have a go at the American stock market you can set yourself up by clearing your schedule between these two times.

Also for the sake of fair and legal service provision, the New York Stock Market works closely with Securities Exchange Commission and the Commodities Futures Trading Commission to ensure that every person involved in the markets gets a chance at fair play.

The Mergers and Acquisitions of the New York Stock Market

As every other business, out there that is well performing it will always create an allure for investors who are in the same field and New York Stock Market is not any different.

They have been able to attract a lot of attention in the exchange business, and that is why other entities like Nasdaq OMX wanted to buy NYSE Euronext for $11 Billion, but they declined that offer because of some disagreements of on how the business would be purchased considering the Euronext aspect of the business.

Later on in 2012 Intercontinental Exchange offered to buy NYSE Euronext for a total of $8 Billion with two prices on offer for each individual share, the shareholders would opt out and sell their controlling interests to ICE or sell partial control and partner with ICE on running the exchange.

Either way, the New York Stock Market is lucrative and more can be expected from them in the future given the different markets coming up maybe we will get to see the exchange go the cryptocurrency way.